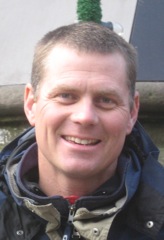 Our instructors' certifications include CPR, First Aid, US Sailing Level One and Two Instructor, and Lifeguarding.